When the Emperor of China issues a decree that one man per family must serve in the Imperial Army to defend the country from Northern invaders, Hua Mulan, the eldest daughter of an honored warrior, steps in to take the place of her ailing father. Masquerading as a man, Hua Jun, she is tested every step of the way and must harness her inner-strength and embrace her true potential. It is an epic journey that will transform her into an honored warrior and earn her the respect of a grateful nation…and a proud father. “Mulan” features a celebrated international cast that includes: Yifei Liu as Mulan; Donnie Yen as Commander Tung; Jason Scott Lee as Böri Khan; Yoson An as Cheng Honghui; with Gong Li as Xianniang and Jet Li as the Emperor. The film is directed by Niki Caro from a screenplay by Rick Jaffa & Amanda Silver and Elizabeth Martin & Lauren Hynek based on the narrative poem “The Ballad of Mulan.”

This is technically not a remake...

There better be a fuckin cricket and dragon

When Disney finally puts out a cool movie, the Corona virus comes and fucks everything. Thanks a lot China!

Does anyone know. when will mulan movie come out now. it was supposed to come out today on March 27th. also will it come out in May or June or July or august. or like this fall in October or November. or why can't they put it on Disney plus now.

I wont get to see it for my birthday!!! I have been waiting since the trailer first came out!!!!

hahaha Disney trying to make movies like chinese do, but they can't haha So ridiculous... A movie made for economical reasons of course

Liu Yifei’s acting has improved a lot in this movie.

I dont understand, if Shang is removed, will Mulan have a love interest or..? Miss you Shang (& Mushu)😭

*Oh boy, they are really getting down to business to defeat those huns.*

Mulan is actually more badass in this one

THEY REPLACED MUSHU WITH A PHOENIX AND A WHITCH?!?! AND WHERE’S GRANDMA AND LUCKY CRICKET?! AND SHANG!? WHYYYYYYYYYYYYYY

Ohhh please, please dont make mulan into a symbol of feminism please dont. She is a strong good character as it is. Making her forcefully embody a feminist trait would make her character bad.

They're making Mulan into Matrix Like, what? Just re-release the original, it looks way better than this live action garbage.

How the fck can everyone walk on walls

Feel like the witch will ruin the movie a bit

Thanks to Covid-19 i can't watch this movie

This highkey looks so much better than the original

as a chinese i am REALLY disappointed at LIUYIFEI who did not even dare to call herself 'chinese' because of the virus that originates from america/ italy, she holds american passport helping evil american disney company to earn poor chinese people money!! she forgets her root where is WuHan!

My favorite animated movie is a lion king in my favorite characters in that film is timon and Pumbaa but at least the lion King got everything right from their original even the movie suck though you’re telling me that Mulan don’t have Mushu or the blue ant like I’m OK with they leave the ant but musho? Really it’s basically saying the lion King don’t have timon and Pumbaa and these new characters in the live action movie or pointless it’s basically the lion guard all over again Disney please make something original like onward and soul...

I love Disney but to bad the movie theaters are closed but there talking about putting mulan on Netflix and or Disney plus by the way I think Mulan's gonna be pretty good 😊but to bad there isn't going to be mushy.

If there's no Chinese dub for this film. I'll be officially done with Disney remake/reimagined films.

Asian war movies, kung fu, karate movies are bad ass. Disney finally made a good live action remake. The others are good too but this one love it

I've been sulking over this for 2 weeks now

How will we see Mulan when we’re in confinement ?? Will it be on Appletv so we can see ??

this is gonna be a boring movie

Mulan actress, Yifei Liu is actually fat and racist behind the scenes. What's made by Chinese should only be trusted by Chinese. Disney did a great job to make a Chinese war movie especially for China audiences.

Disney dif a line of coke before making any movie now huh?

Ironically she feels ashamed to be called a Chinese.

Guys, this is based off of the more original story of Mulan, not so much based to be a remake of the animated. Please keep an open mind! (:

It is live action mulan. movie though but they changed it so it's not like ccsrtoon movie it's based off the real mulan. she was believed to be real person in China back in AD times or BC times

They can't call it a new movie either.

The ONE TIME Disney decides to stick to the source material!

We want an e-version for COVID19 confinements!

So glad they didn’t try to use a white ass girl to play Mulan.

1: Where is Mushu? 2: Where is the cidada? 3: Why are they all running on the walls like there is no gravity?

1: thats not a remake of mulan animated movie 2. who? 3.Hua Mulan is a legend

I was so excited to watch this but now its lockdown.

Good movie except the magic part. Is it really so hard to make a realistic movie? Why do they always add some lame fantasy to every historical drama? They also messed up Great Wall with monsters.

Truly Extraordinary. Disney's Timing to Release Mulan's Loyal, Brave, and True Has Become A Symbol of Strength for All of Humanity During This Plague Worldwide. March 6 1987 Was my Birthday and This Release Was Particularly Special To Me In That My Father Was Chinese and He Passed Away When I was 19 Years old . I Stayed Home for 6 Months In A Deep Depression Until One Day I Decided That I Wanted To Honor My Father By Living and Not Dying Hidden Away In My Room. Thank You Disney, Thank You Mulan, Thank You Niki Caro, Thank You Christina Aguilera I Love You All So Much! #Disney #Mulan

This movie is Chinese backyard, changes stuff to fit in the China's taste (against LGBT, remove the dragon symbol), and this actress Liu Yifei even against democracy! Thanks goodness this movie is delayed. China should learn to stop spreading its bad images to the world instead of showing this sh** movie

Jet li is back!

Omg I'm so upset now I've been waiting a month and when the movie is going to come out this week I can't go to the cinema thanks to the person who thought it was a good idea to eat a bat. 🤦‍♀️ If you don't understand I'm talking about corona and I'm in the UK so we are on lockdown

I don't get why everyone is so upset, I personally loved the trailer. Usually Disney remakes are just cartoons remade into live action shot by shot but this looks like a stand-alone movie. If you want to see the characters from old Mulan, watch animated version, what's the problem.

I was hoping for a remake but whatever yolo

I wonder how the sales of this movie goes now that we are under the calamity of CoVID19? :(

I heard this was postponed because of Corona ... anyone know when the new date is?

Did they just ruin my favorite Disney movie??

no one is going to the theater until next year or 2..... My message to the creator of Mulan.. Make Mulan free in youtube

This looks good. Finally they are making heroine movies properly with this and wonderwoman 2. Hollywood is still a trash heap though. What was the last tasteful female action lead movie? Salt? I cant remember..

I want to watch this movie in the cinema. But, because of corona virus, so that make i can't go to the cinema :( I'm from Indonesia thank you :)

Corona virus replaced the character of Mushu, I guess.

So if everyone is saying that this movie based on the "Real Mulan Story". Then that witch woman is included in the real story too?! If that witch is a fictional character, then they should have included MUSHU as well!!!! 😭😭😭

There’s no singing like the original movie. Damn it!

still thinking of mulan has a specific love interest??

I'll be great I've been waiting for it 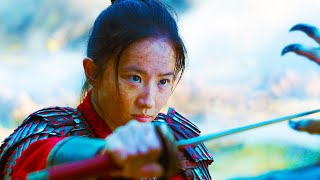 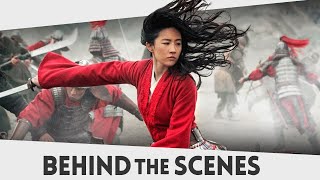 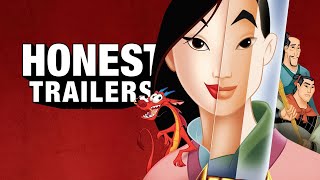 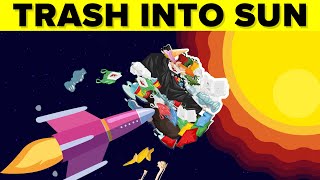 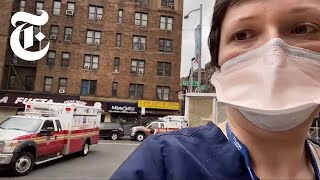 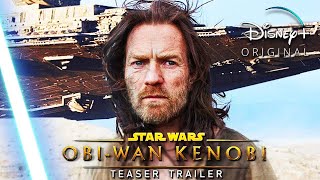 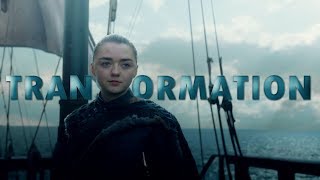 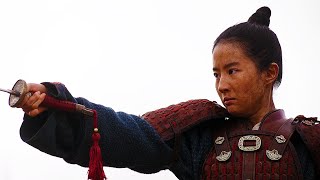 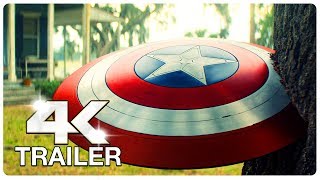 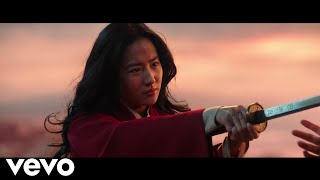 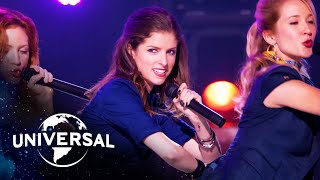 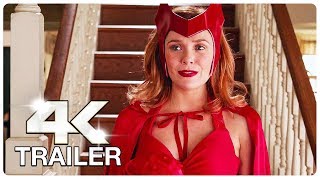 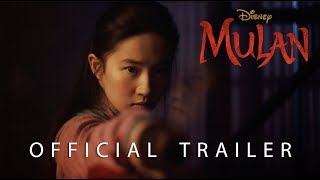 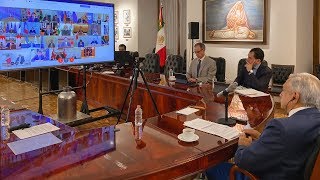 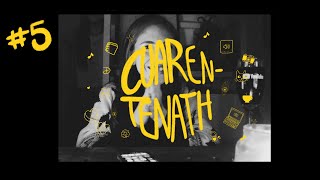 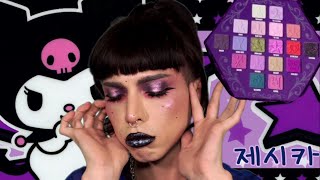 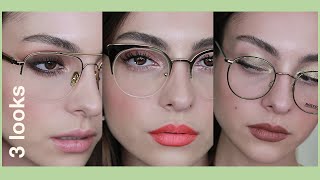 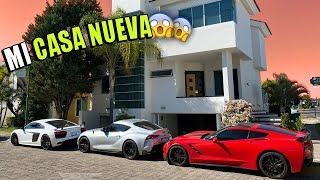 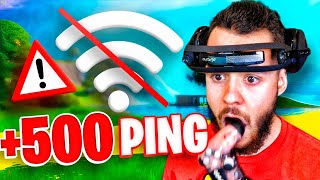 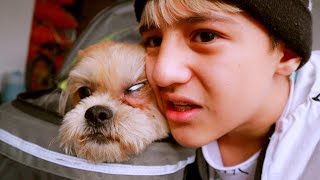 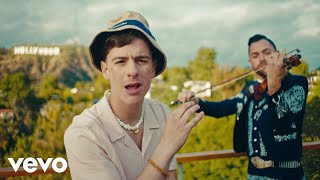 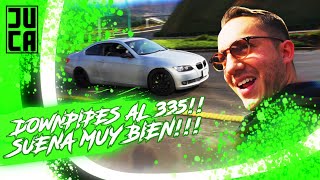