Prime Time takes a look at the mention of Mahatma Gandhi by the government with reference to the Citizenship Act. Are Mahatma Gandhi's ideals being followed to the hilt by the Centre? Are Gandhi's words being misquoted or partially quoted by the BJP for political benefit? At a rally held in Delhi on December 22, Prime Minister Narendra Modi defended the Citizenship Amendment Act and said that Mahatma Gandhi had said that Sikhs and Hindus living in Pakistan will always be welcomed in India. Later, Home Minister Amit Shah said at a rally in Vaishali in Bihar that Gandhi had said that "Hindus and Sikhs living in Pakistan can come to India" and that "India's priority would be to rehabilitate them, provide them with jobs and give them citizenship". (Audio in Hindi)
NDTV is one of the leaders in the production and broadcasting of un-biased and comprehensive news and entertainment programmes in India and abroad. NDTV delivers reliable information across all platforms: TV, Internet and Mobile.
Subscribe for more videos: esvid.net/u-ndtv
Like us on Facebook: facebook.com/ndtv
Follow us on Twitter: twitter.com/ndtv
Download the NDTV Apps: www.ndtv.com/page/apps
Watch more videos: www.ndtv.com/video?yt

Modi is misusing PM cares fund ,he is dishonest person he should change the name of PM cares fund in public cares fund to check misuse of fund collected from public for the benefits of public in case of emergency.but Modi is functioning in dictorial manner he doesn't want to listen the voice of downtrodden and poors including farmers.. M

Modi is harassing farmers, SC St and OBC including muslims in india. Modi is not loyal to the country he is selling railways banks BSNL air India Bharat petroleum Air force etc to supress the voice of downtrodden and poors including farmers,

Using of bapu's spectacle as logu for swach bharat abiyan is example of using bapu otherwise modihas hardly any respect for him. Modi is godse follower he pretends respenting mahatama

Sir I admire you . Can I call you.

An amazing person you are Mr Ravish Kumar.A source of hope.

BJP is pushing india towards hell,

UPA will come in power in Bihar State as public donot believe in NDA,it is party of treacherous anarchists party.

Great Ravish Kumar-you hv really read the facts told by Gandhiji after partition.Only Ravish kumar is aware of the facts,non else!

East or west NDTV is the best👍💯

Media is wepon without this wepon how others parry beat BJP..

No. 1 anchor in world

There should be no minority in India. All should be treated as same. There should be only 2 classes in India: Rich and Poor The governments should work for the poor irrespective of their religion, caste and race.

Gandhiji is our gem....these leaders don't deserve to take his name

Thanks you ravish sir , you are ✔

Sir you are great

Thank you Ravishji for bringing out original facts

You are an excellent person 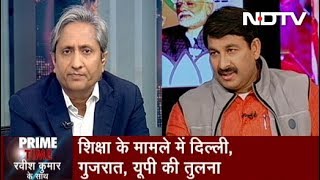 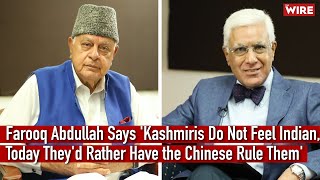 44:29
Farooq Abdullah Says 'Kashmiris Do Not Feel Indian, Today They'd Rather Have the Chinese Rule Them'
Vistas 123 000 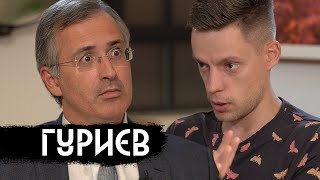 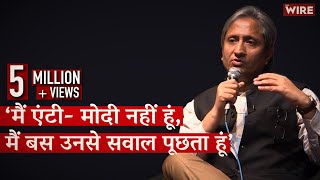 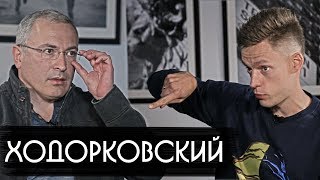 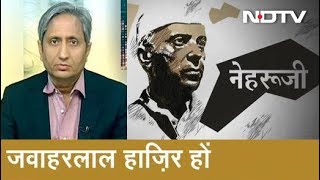 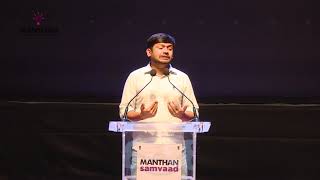 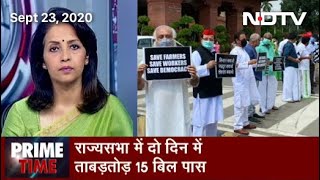 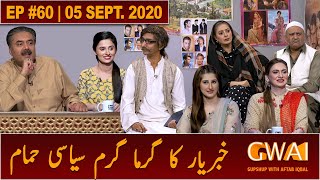 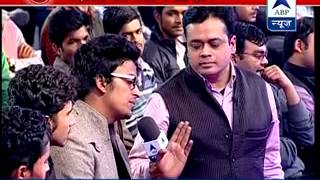 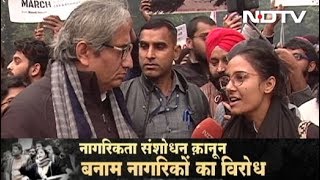