Status was and still is something I'm glad I didn't miss. A milestone for the young event organisers and everyone involved. From full coverage by Krispy himself, to the overwhelming amount of foot traffic crashing through the door when gates were finally opened, it set a new pace for car shows in Australia.
I personally took a more observant approach to the event, helping Chris & Aubrey when and where I could. Waking up early and hitting the bed late after venturing for what felt longer than 24 hours at a time which was genuinely fun. The intentions behind this video was to bring behind the scenes out and show people what goes on in the organisation of things. I soon lost the grip after missing vital parts as filming continued.
Instead I've made a short little reel of my most favourite moments from the Status Seasonal week leading up to the event.
It's short and sweet, with footage that was used in Krispy's after movie, a lot has been removed to keep a continuous flow between cuts. I would like to give a huge thanks to Sarah, Khang, Aubrey, Chris, Cody and everyone who made the show extraordinary!
Thank you Chris for making this an incredible memory, I hope to see you again soon.
Event:
- @Status.Seasonal
- facebook.com/statusseasonal/?ref=br_rs
Krispy Media:
- @krispy
- www.chrispetruccio.com
- esvid.net/u-AutoStormCP
My Socials
Facebook:
- facebook.com/profile.php?id=1012203072190155&ref=br_rs
Instagram:
- @d_a_t_e_d
- instagram.com/d_a_t_e_d/?hl=en

This was on point, music choice and editing. Well done, made me miss status all over again.

Maaaaaan, the first two and a half minutes are mind blowing. Love it

Who is doing that speech at the start?

Only 1 minute into the video and never seen anything like it!

is that a 1 series hatch i see

This is absolutely insane my friend!! The composition, lighting, and sound, So good! 🔥

Throwback to The Incredible True Story

How does one find out out these types of event and where they being held?

name of camera or lens?

ALAN WATTS: What if money was no object? - great teacher and thinker

A feeling, a culture that accepts you for our love of cars.

Man this is straight vibes. The 2 supra scene along with the song...

Love the Alan Watts intro. Started listening to him in 2015. Changed everything. Great work here.

looking at stuff for teenagers :T....

some of the shots in this video and just like "what?" man im getting old.

Where j can fide this start speech please ?

People don't get it wake up people

Great Work , Good job to all the team

Seeing all these wrx wagons is giving me so much inspiration, just purchased a bugeye wagon last month and I know one day I want it to look something like these baddies!

So this is what cars should look like in the future

what kind of genre of music is this?

iS tHaT A sUpRa?

This is just poetry. Hits hard when you think about what is beautiful in this car scene world: no color skin, blood, age, and sex gets discriminated. This is the dream world, that world living in peace and enjoying each other no matter what.

6:16 the moment you've all been waiting for

I'm a simple man I see Supra I hit like

what a cracking production, so smooth, Well done

WOOW wowowow i just found out there are more like this,what an awesome job you guys did there.!Subscribed,these need way more views!

Goosebumps all over my body at the intro, this is next level, this video deserves millions of views!!!!!

Can someone tell me where to get such monologues? like in 1:08

@Red was ejected. thanks

He’s got a book I recommend reading. It’ll change your life

where is that speech from?

Kids playing in their parents backyard. What I like doing, I'm not "allowed". So, I'm gonna like making some room.

I felt that vibe. That speech from Allan Watts though

Alan Watts is the KING. Period

szVlogs I’ve tried using a 70-200 on a gimbal but I’ve have no success since the first attempt. I’m not sure about quality because it really comes down to what you’re trying to achieve with the lens.

I’ve been a gear head for dang near 25 years and have always loved tuners, but to this day I still don’t understand “stance” and driving around with your wheels cambered that bad. It looks so incredibly stupid to me and ruins the look of otherwise fantastic cars. Not to mention how terrible it is for your wheels and car.

dated. Yeah I agree with you on that, definitely a car scene for everyone. As long as they’re out there enjoying themselves, to each their own

Thomas McMahan with a correctly approached setup there won’t be damage to the car or wheels. There is definitely some real odd “builds” out there. But there’s a car scene for everyone to be involved in somewhere ☺️

This is beautiful, thank you :)

Using a leaf blower to blow of the big droplets of water after cleaning the car, instead of swiping with a large towel (with the possibility of creating scratches), is brilliant!

wait a second, is this krispy media or something (the guy looks the same)? I remember watching his videos years ago

DSL Keyboards krispy is in this yes, I worked along side him

Got a good youtube recommended video after soo long. The colour grading and music choice was ON POINT!!

That was special.. that opening 🙌 wow

nice edit just the sad things is the cars, shouldve been german cars

i thought i was watching a movie about cars. Awesome

Its so underrated this Video should have Millions of Views. DUDE THIS IS PERFECT!

Do you know who made that quote at the beginning?

I live in Melbourne too and I love this!

What's there to dislike 🤬🤬🤬

9:55 Think there is not enough air in the bottom of the tire, looks like the air is on the top only, smh my head.

This video makes my day

Yo dudes...this an aussie channel?

D G thank you man, I appreciate the support! 🇦🇺 🤍

@dated. nice..will be watching along with mighty car mods and other 4x4 channels. Cheers from USA 🇺🇸

Hehe peep a chris in action

thanks for the inspiring video 👍👍👍

well if i ever make a carshow i know who im calling first atleast your videos are awesome.

loved the quotes at the start of the video

Man This guys monologue/quote/analysis has been over used in everything from music to just everything really!

I need that ls400's brake lights

What was the speech from in the start

Where i can find this speech ?

Hey dude, i kinda wanna start something like your channel in future. You are so talented and well aware whit the camera, so why do you just uploaded like 6 videos in 2 Years? :/

KELLA thank you bro! I guess it all came down to opportunity. Coming into 2020 there will be loads more opportunities to shoot compared to 12 months ago. Financially I can’t put out any more than that, I don’t earn any money from these as it’s all shot at my own expense. But I love doing it

I'm wondering now why u got only few vids, having such a good angles/editing skills. LOVE your vids, they're inspiring me a lot!!! 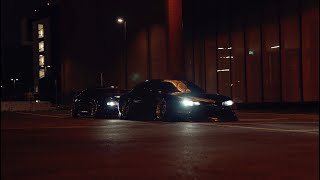 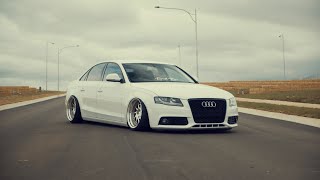 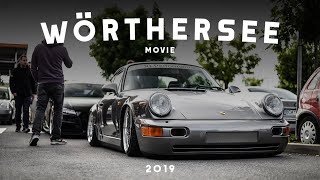 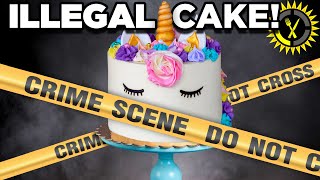 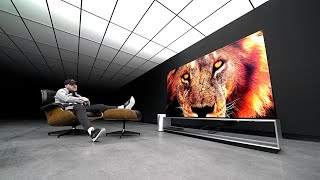 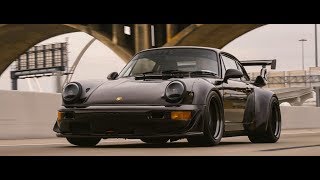 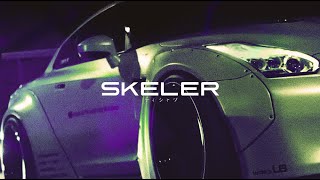 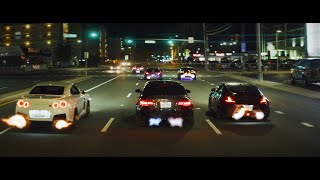 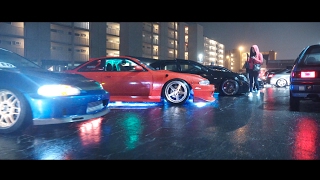 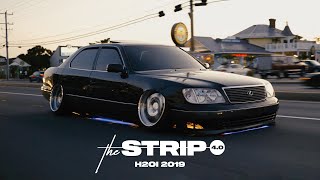 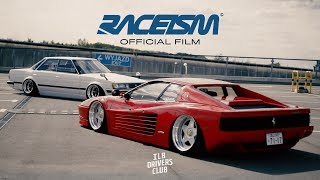 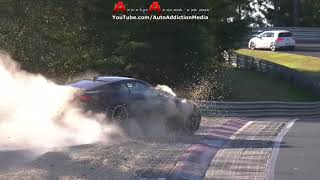 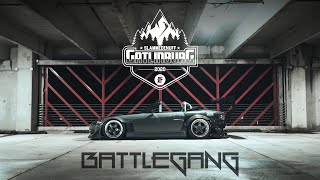 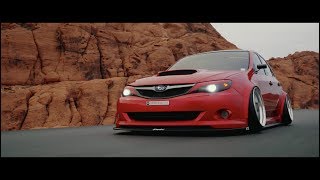 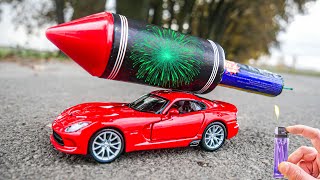 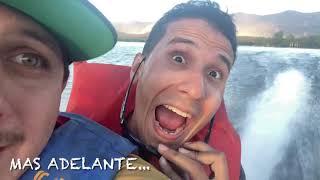 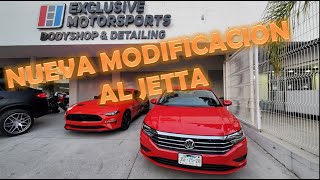 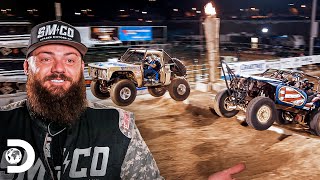 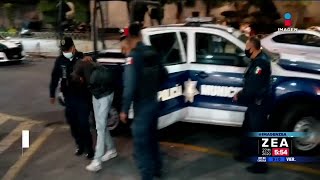 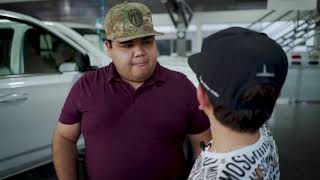 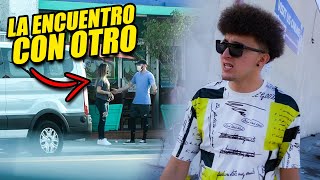 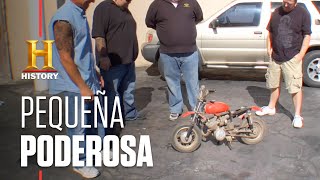 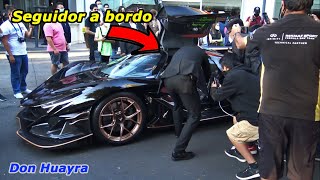 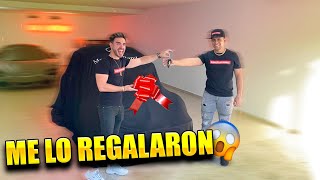